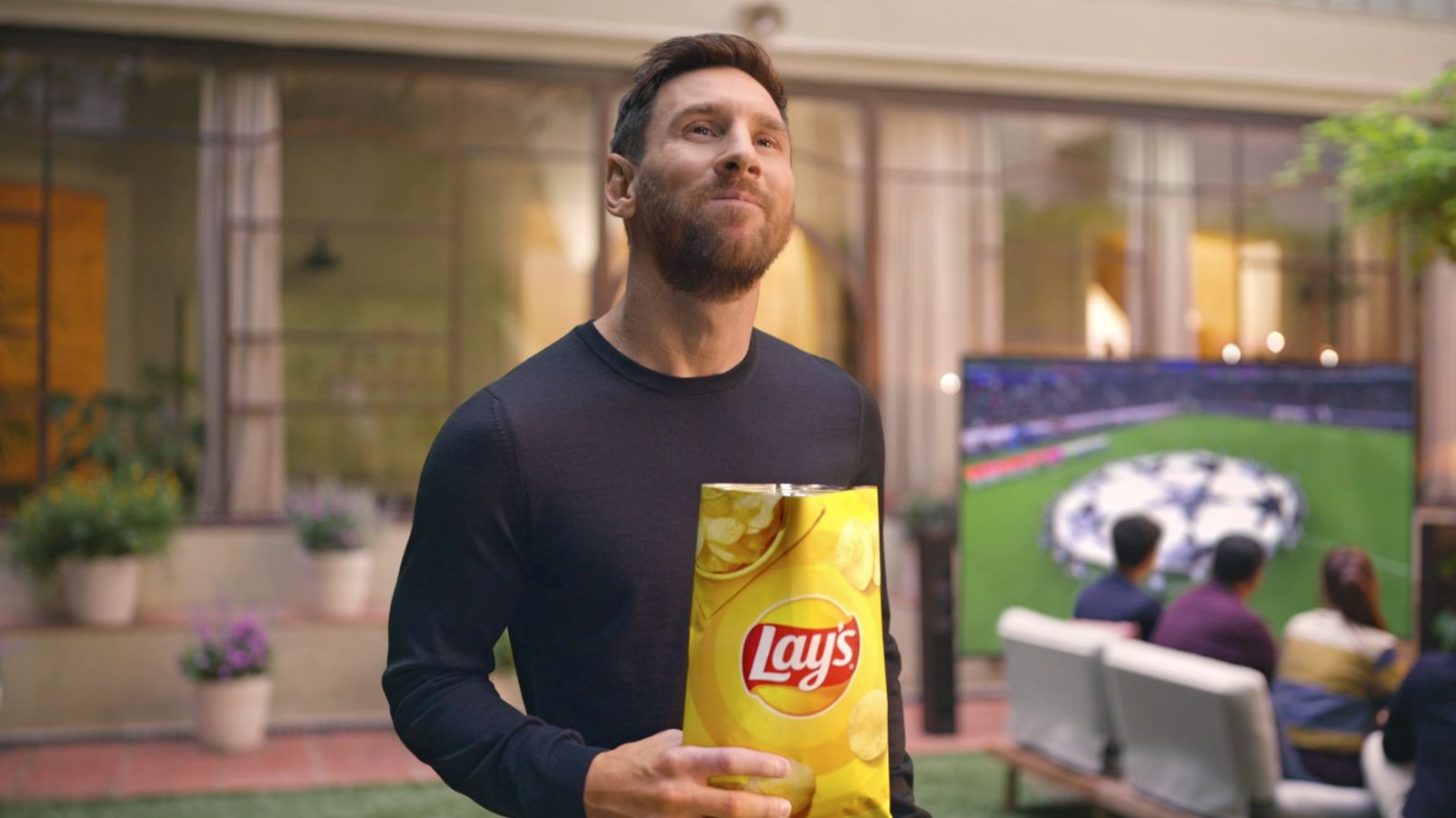 We are incredibly pleased to have worked once again with our friends at Lay’s, on their latest campaign in support of the brand’s largest global platform – Men’s UEFA Champions League and UEFA Women’s Championship, and starring Lionel Messi and Lieke Martens.

This global campaign highlights football’s universal ability to bring people together, centring the joy and camaraderie of seizing the moment with a spontaneous game of street football. The twist, an imaginary ball, captures the unifying creative power of collective imagination.

The film is full of fast cuts and dynamic action, so one of the primary concerns was an infectious beat and driving rhythm section that would drive the pacing of the picture, but the brand’s diverse and international appeal also demanded a recognisable, iconic sound. We decided a re-record of a classic track could provide the fresh, but timeless, feel we were looking for. Billy Preston’s classic, Nothing From Nothing, provided the soulful feel we needed, dripping with funky swagger. Its lyrics drive the narrative of the film by linking with the visual of an imaginary football, and the creation of a game from nothing.

The song was originally written by Billy Preston and Bruce Fisher and recorded by Billy Preston for his 1974 album The Kids & Me, hitting #1 in the Billboard Hot 100 chart that October. Preston is the only non-Beatle musician to be given a credit on a Beatles recording, and is among those sometimes known as the "Fifth Beatle”.

We decided to rejuvenate its sound by re-recording the music in a way that captured the spirit and soul of the original recording and then collaborating with Rob Jager to remix the track in a contemporary style. We made the unconventional choice of recording vocals after remixing, working with a vocalist in L.A. to inject some raw US flavour, high in male vocal range but full of depth and power.

The final cut revamps the soulful original with a hip hop groove and a contemporary R&B feel, to create an iconic modern sound that appeals to a global audience.