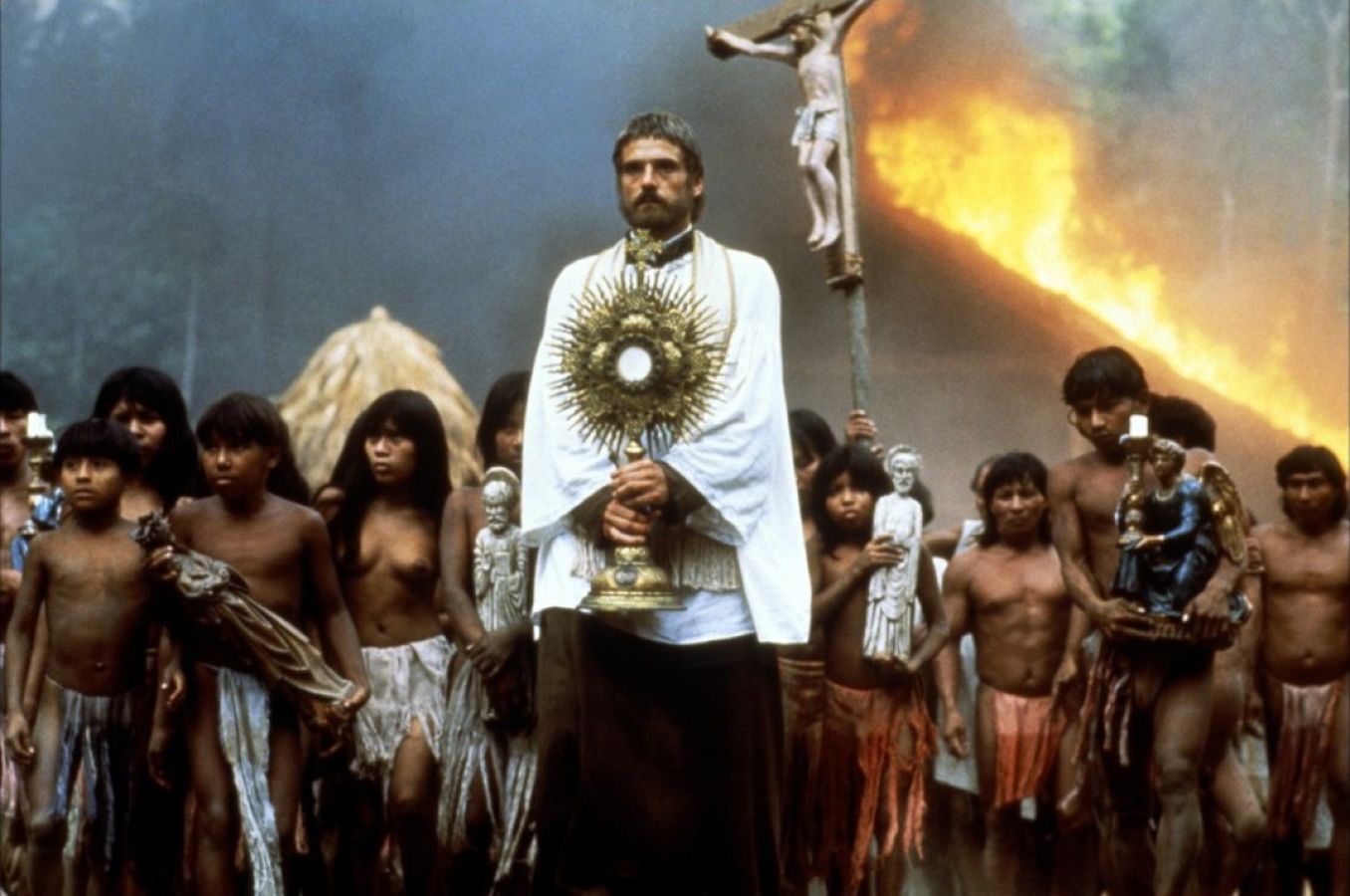 Inside Ennio Morricone's Lauded, Enduring Score for The Mission

When Ennio Morricone died in July, I hesitated to dedicate this next Music in Film piece to him. Aside from wondering what I could add to the flood of tributes and memorials to one of film music's most prolific and loved composers, three editions into the series, I was keen to move into more underrepresented territory.

While reading the tributes, though, I was struck by the word "master," which appeared again and again, alternating with the Italian "maestro," a favorite nickname bestowed by Morricone's fans. "Maestro" has a separate meaning and context that stretches back to 18th century Italian—defined by Oxford University's online dictionary as "a distinguished musician, especially a conductor of classical music"—but the two words translate directly. What struck me about the appearance of these epithets was a distinct sense of obsolescence. As well as being a gendered term with patriarchal connotations ("master of the house"), its colonial overtones are hard to avoid. In the context of the arts, it implies a certain Romantic nostalgia for a mythologized time when artists were absolute artists, unfettered by mundane distractions and wage labor.

Coinciding with the rapid expansion and consolidation of European imperialism, the Romantic period (late 18th to mid 19th century) gave rise to this individualistic idea of the artist as a singular, independent genius—an idea that was made possible by and erased the immense labor of a multitude, both domestic and colonial. Interestingly, at this time the word "genius," which had originally meant a guiding spirit or something that bestowed inspiration, took on its current meaning of an individual with exceptional ability. It's unsurprising, then, that these words ring strangely in a world that's not only, slowly but surely, opening up to diversity and the immense contributions to culture made by underrepresented people, but also one in which musicians and composers must be IT-skilled and savvy to digital marketing as well as exceeding in their art, and tend to work diffusely in collaboration with writers, producers and other artists.

Above even this is a growing acceptance of the idea, which has worked its way from feminist and postcolonial theory into mainstream parlance, that the "masters" or "greats," in other words the artistic canons, have always been chosen by a powerful minority of gatekeepers, in their own image. It's this that feels uncomfortable seeing the word "master" pop up again and again in these memorials. It is universally acknowledged that Morricone is one of "the great" film composers, but at the expense of who (or what)? This was the source of my hesitation, but it's also what warrants yet another Morricone piece: Because he was made canonical almost in spite of himself, and while some of his scores regularly top "best-of" lists, many more were deliberately anti-establishment, anti-individualistic, and by some standards even anti-musical.

You can read the rest of the article on Muse, here