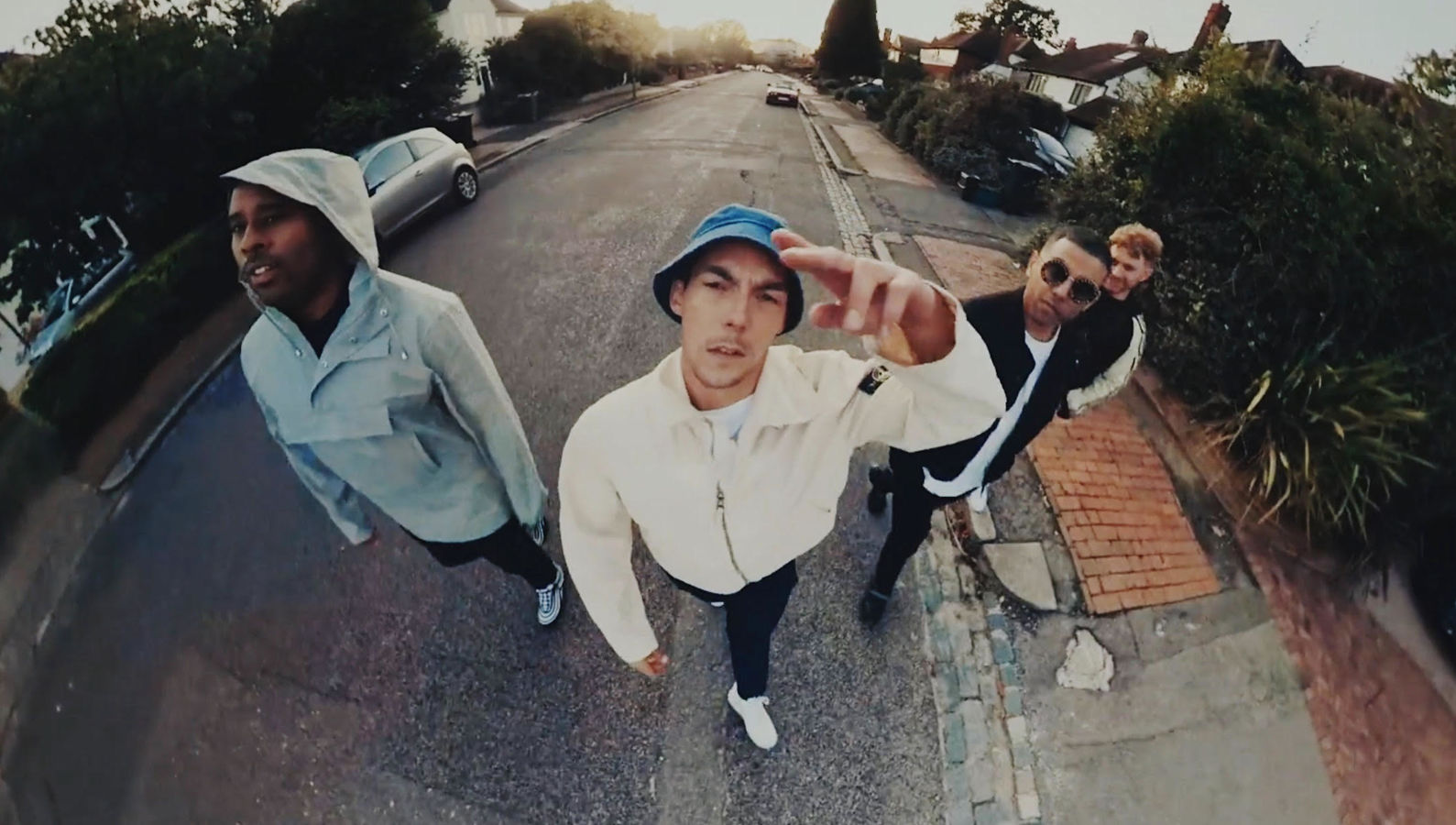 Next up on Quick Fire we chatted to Park Village Director and Photographer, Elliot Simpson from South London! His work blends technical experimentation and art direction to tell authentic stories that often capture a cultural scene or twist reality to offer a tongue-in-cheek observation. His passion for music and strong use of choreography has led to successful collaborations with brands like Adidas and Puma and bands including Joel Corey, Disciples, and The Manor. Elliot lets us into some of the music he has been listening to during lockdown, his favourite movie soundtrack, and what song gets him on the dance floor, plus lots more!

Coolio 'Gangsters Paradise'!  When I was a kid, every weekend I’d ride my bike up to my local record store in Crystal Palace to flick through the records and buy an album. Although with digital and MP3 it’s amazing we have access to so much music at the touch of a button I definitely miss the old days and tangibility of buying a CD, getting it home, and flicking through the album sleeve, and checking out the artwork.

One of the biggest things I’ve been missing during the pandemic is watching live music, I cannot wait until we’re able to go to a gig again!

One of the last memorable gigs I saw was my mates, The Manor, at the Roundhouse in Camden, it was a crazy night. I helped produce and create the visual elements of the show and somehow got roped into controlling some of the actual pyrotechnics during it too, it was great fun triggering the giant confetti canon ha!  We inflated a big rubber raft and stuck Danny from the band in it and sent him crowd surfing into 3000 people, was mental!

It has to be The Streets 'A Grand Don’t Come For Free'.  Not because it’s necessarily the most amazing image, but that album had a big impact on me at the time and The Streets/ Mike Skinner has always been a big creative inspiration.

Oasis 'Champagne Supernova' often gets belted out at an afters in someone's kitchen at 3 am.

Pharcyde 'The Drop' directed by Spike Jonze comes to mind, purely from how much commitment there was from everyone involved to execute the concept!  The whole video was shot in reverse, including the artist's performance, meaning Pharcyde had to learn the lyrics of the track literally in reverse, like a made-up new language!  Check out the BTS it’s amazing.

Honorable mention for Beardyman '6 AM' directed by Ian Pons Jewell, it’s hilarious and so wacky with some mental VFX.

Favourite film is a difficult one to answer, but ‘Lock Stock & Two Smoking Barrels’ directed by Guy Ritchie is definitely up there and was a big inspiration.

Favourite movie soundtrack has to be from 'The Business' directed by Nick Love -  it's a bit of a cult classic film amongst some of me and my mates, and it had the most amazing 80’s soundtrack.

7. What song gets you dancing in your living room?

So many potential answers but Daft Punk 'One More Time' will always get the party going, have got an amazing memory of Roger Sanchez closing his set at Space in Ibiza with it, good times!  Gives me goosebumps still thinking about it now ha!  “Music got me feeling so free…”

9. What can’t you live without?

My family and friends.

Currently reading the autobiography of Tony Pike from the legendary Pikes Hotel in Ibiza (and daydreaming about getting back out there this summer).

12. Greatest influence on your career?

Has to be music, and my music-making mates. I’ve always been passionate about music without any musical talent ha!  So directing music videos has been my way of being involved. Starting out shooting videos for my friends on my little Canon 5D made me realise that directing videos is what I wanted to do for a career, and definitely helped get me to where I am today. I’m really grateful that I still get to work with some of these friends and we’ve all managed to build a career doing what we love.

13. What has got you through lockdown? (this could be a person, a piece of tech, your car, anything)

A positive outlook!  Ha, this definitely helped in getting me through the tougher parts of the lockdown.  But other than that music, films, exercise, but most importantly my family and friends have helped keep me sane.

14. Best use of music in a commercial?

Has to be the iconic Reebok ‘Belly’s Gonna Get Ya’ commercial haha!

I’ve got a really exciting music video dropping with Joel Corry very soon, so keep an eye out for that!  The last music video I directed for his track ‘Head & Heart’ is nearly at 200million views on Youtube and was the 4th Most Viewed Music Video in the UK in 2020 and was the #1 record in the country for 6 weeks which was really cool!