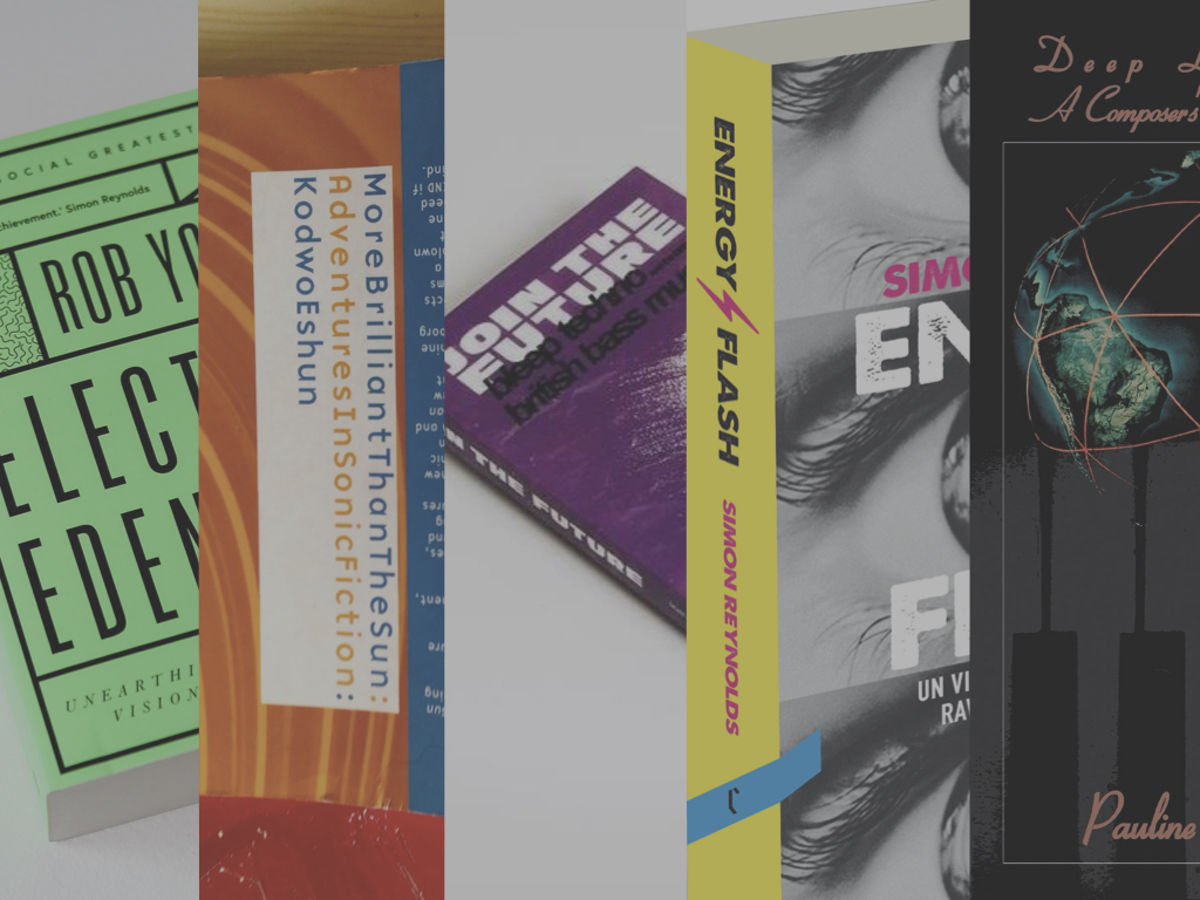 Adelphoi Music producer and supervisor, Mike Smaczylo shares his top book recommendations for isolation, including a playlist for each book.

As we settle into a slower pace of life and come to terms with our limited physical space, the current lockdown presents us with a chance to take a step back from the relentless speed of city living, unplug from the internet’s constant demands for attention, and reconnect with books. Lists of novels are popping up everywhere, from online publications to DJs’ Instagram stories, but sometimes a good book on music can just as easily transport you outside your living room while introducing you to hours of great music in the process.

I have included a selection of some of my favourite books around the topic of music from Jazz mavericks like Sun Ra to the exploration and theory of the ‘90s rave culture; combined with a special playlist for each book to submerge you further into the history of some of the great musicians and genres of our time.

More Brilliant Than The Sun i s a towering classic of Afrofuturist thought. Challenging the notion that the source of black music is ‘the street’, an idea that still exists in that pervasive and problematic category of ‘urban music’, Eshun writes about a tendency, spanning from jazz mavericks like Sun Ra and John Coltrane up to the pioneers of Detroit techno, for black musicians to turn their focus on the extra-terrestrial.

Reading the ‘sonic fictions’ of works as diverse as Funkadelic’s Cosmic Slop and the sci-fi mythos of militant techno and electro groups, Underground Resistance and Drexciya, he unfolds a vision of a hi-tech futurist impulse. An impulse for the speculative that reveals possible futures in which racial divisions could be reframed or removed.

In the words of Sun Ra, ‘there are other worlds they have not told you of.’

This biblically proportioned history of British folk music’s metamorphoses throughout the 20th century bears the enigmatic subtitle, ‘Unearthing Britain’s Visionary Music’. To unearth is to ‘find something in the ground by digging’ and these archeological connotations come as no accident.

Rob Young takes an idiosyncratic route, tracing a continuum from turn of the century folk revivalists like Cecil Sharp and Ralph Vaughan-Williams, through Donovan and The Incredible String Band’s electrified psychedelia, to the neopagan experimentalism of industrial groups like Psychic TV and Coil. What he finds is a thread bringing together mysticism, communitarian politics, and a fascination with the medieval and Celtic dark ages, in a long-standing tradition of music obsessed with the spirit and ancient history of Britain’s land.

The kind of perfect autobiography that makes you wish you’d kept a diary all these years - but know it could never be as fascinating - this extraordinary book details the life and adventures of artist, feminist provocateur, and pioneer of electronic music, Cosey Fanni Tutti.

Beginning with her childhood in 1950s Hull, through the years in the controversial art collective COUM and progenitors of industrial music, Throbbing Gristle, to the decades of work with her long-term partner and collaborator Chris Carter, as Chris & Cosey, and her ceaselessly individual solo projects, this is the story of an artist who’s unrelentingly gone her own way.

It’s had its challengers since, but Energy Flash might just be the seminal book on 90s rave culture. Beginning with the origins of House and Techno in African American communities in Chicago and Detroit, Reynolds swiftly moves the narrative to the UK and the explosive reaction the music received on the other side of the pond.

Writing as a rock critic turned rave convert he notes his early incapacity to see that ‘just around the corner loomed a psychedelic dance culture; that the instruments and time-space coordinates of the neo-psychedelic resurgence would not be wah-wah pedals and Detroit 1969, but Roland’s 303 bass-machines and Detroit/Chicago 1987.’

Part music history, part critical theory, and partly an exploration of the relationship between dance music and ecstasy - whether as a drug, or a mystical notion - this book is absolutely essential.

Honourable mentions for a recent challenge to Energy Flash’s status must go to Matt Annis’s Join The Future, which challenges the idea that the UK’s rave scene began when London DJs, Paul Oakenfold and Danny Rampling, heard acid house while on holiday in Ibiza, and argues that Northern artists like LFO had already laid the blueprint for a homegrown, bass-driven take on American techno in the form of Bleep and Bass.

Pauline Oliveros began her pioneering experimental work with electronics and tape in the early 60s and continued releasing music until her death in 2016. In that time she created a school of thought with her notion of ‘Deep Listening’, coined in 1988, which draws on theories of meditation to engender a creative practice for composers and listeners of music.

In this book she details the method and defines Deep Listening as ‘learning to expand the perception of sounds to include the whole space/time continuum of sound - encountering the vastness and complexities as much as possible... Such expansion means that one is connected to the whole of the environment and beyond.’