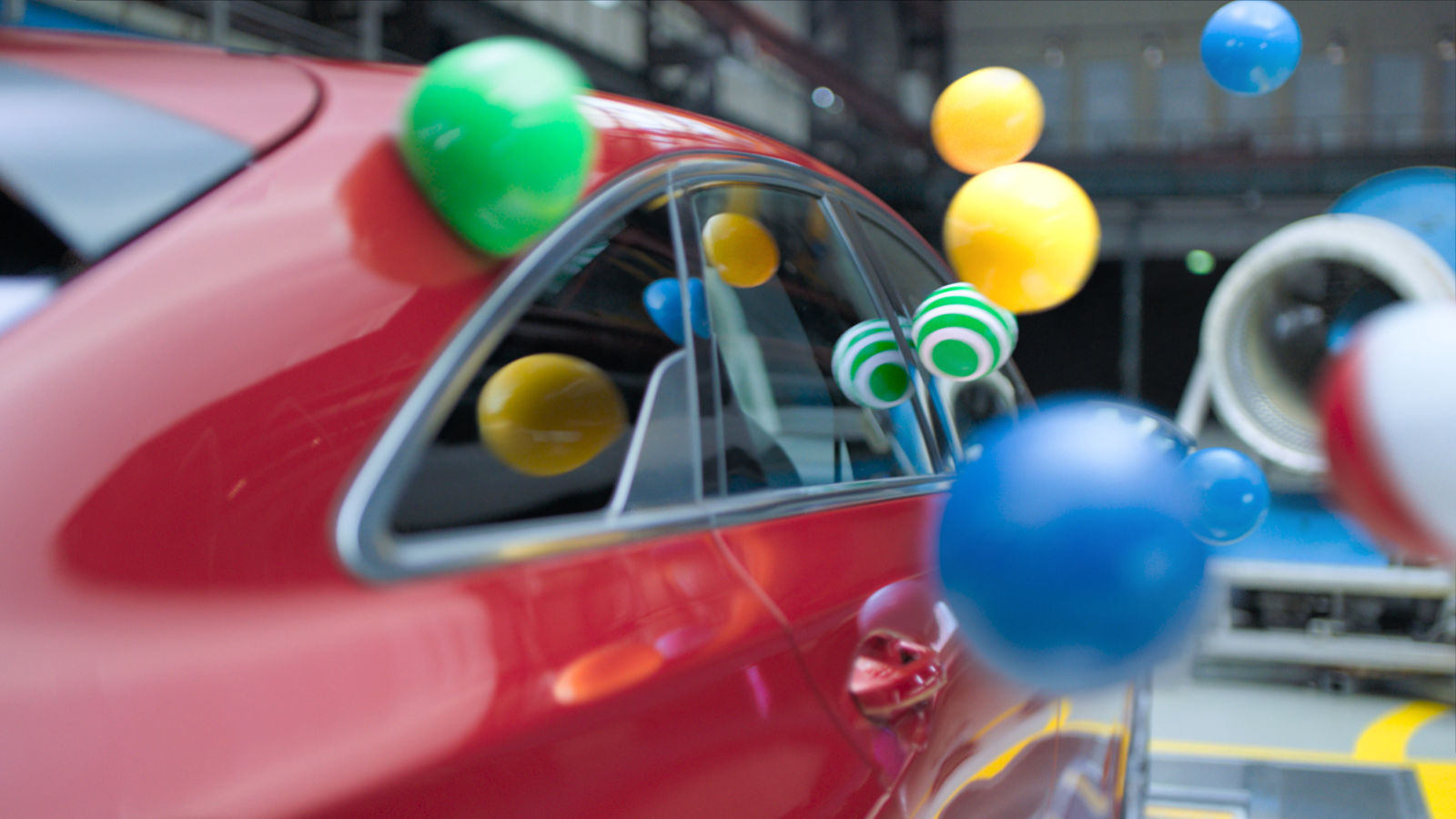 A lot can happen in seven years but not when you own a KIA. Its high quality durability has been proven through rigorous testing, and the promise of its 7 Year Guarantee.

To celebrate this, Dutch agency XXS and the Creative Studio team at Glassworks Amsterdam bring the KIA 7 Year Guarantee promise to life in colourful and surprising ways with the film ‘7 Years in 7 Seconds’ for KIA Netherlands.

In the film we see playful simulations of everyday scenarios with re-imagined mechanisms, thrown into a frenzied 7 seconds. In slow motion it is possible to take in all the colourful and playful details of this imaginative yet rigorous testing, from an explosion of heavy rain, frost, heat, uneven road, mud splattering, to an attack of bouncing balls, an erratic boot door and even a robotic licking dog!

Music was central to the film to give balance to the chaos and bring a human touch to the scenes. Together with the agency we worked closely to re-record and revive Buddy Holly’s classic ‘Everyday’ to the fresh sounds of Hattie Whitehead’s playful, honest vocals. Adelphoi’s in-house composer and arranger Ashley Bates spoke of the collaboration, “When I first heard the brief, I was torn. You can’t really better an iconic voice such as Buddy Holly’s, but I was soon reminded of Hattie’s fabulous, endearing and charming voice - it leant itself so naturally to the tune. Despite the fact that the track is over 60 years old, I was blown away with how current it sounds.”

7 Years in 7 seconds will be shown on TV and online in the Netherlands.