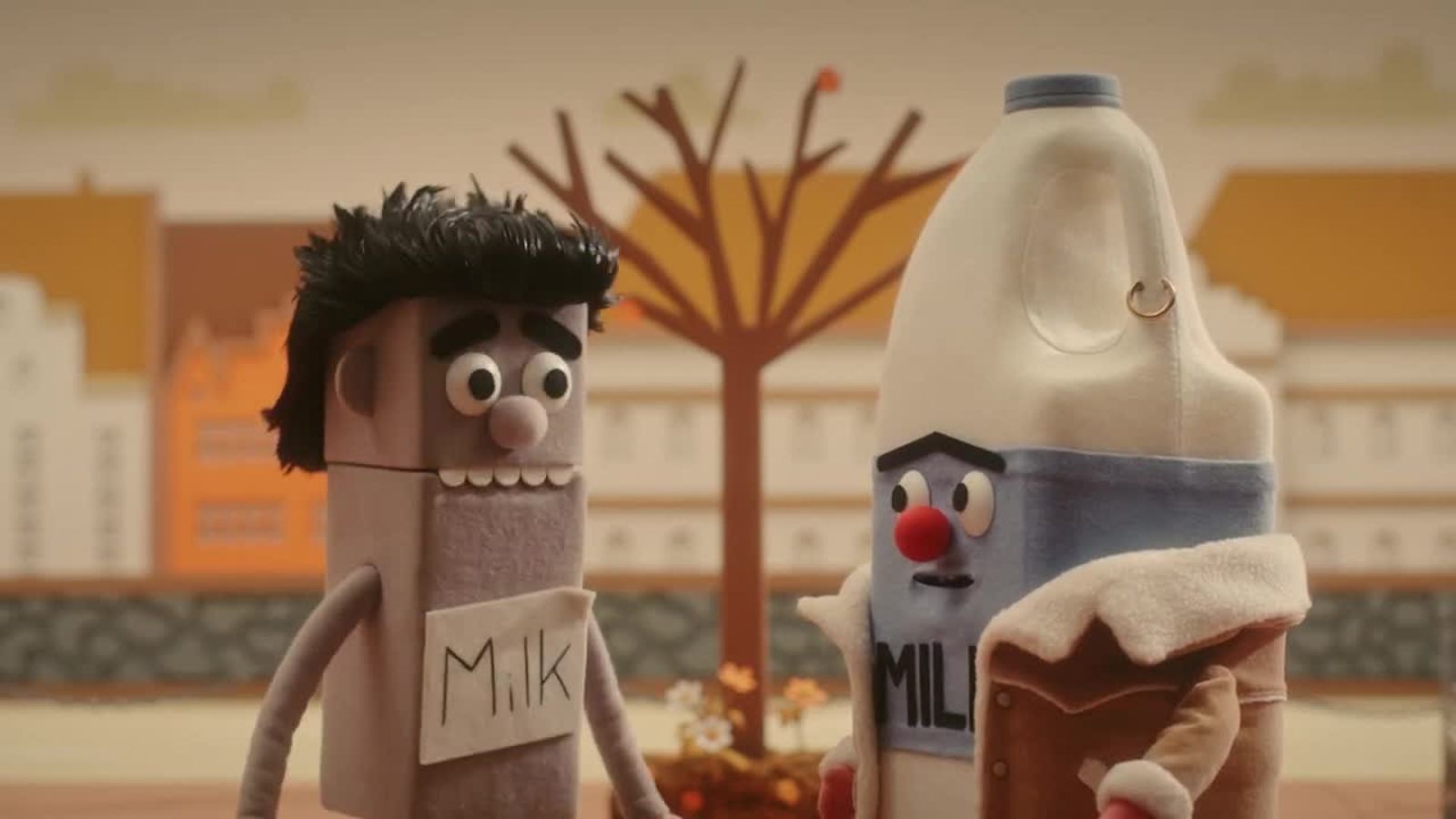 Oatly’s biggest UK campaign to date posits plant-based foods as the new normal, through the medium of puppets, with its mini-series ‘THE NEW NORM&AL SHOW’.

The 5-part mini-series was developed by the Oatly Department of Mind Control in collaboration with BAFTA-winning production company, Nexus Studios, and director Conor Finnegan. It’s a fresh and entirely new approach for Oatly and its biggest ever production, with ten puppets in the cast and eight different sets used.

Adelphoi’s Jonathan Watts worked on the pivotal final scene of the 5 minute pilot episode, in a flashback to when Norm and Al meet for the first time. The musical direction took twists and turns along the way, at one point digging into the archives to find obscure synth pop oddities from 80s Sweden, the brand’s home country. But the final choice of Richard Strauss’s Nietzsche-inspired tone poem, Also Sprach Zarathustra - known to many as the theme to 2001: A Space Odyssey - gives the foundational scene its sense of profundity, redolent of the bright horizons of a more hopeful future.

Or watch the rest of the Norm&Al mini-series on Oatly's page here.